We know that the right results are different for every client. For some, the result they are looking for is an improved understanding of the problem they are addressing or the clients they serve. For others, obtaining the right results means designing and monitoring new strategies to address these issues.

1. Rebuilding Together Embarks on New Effort to Measure Impact 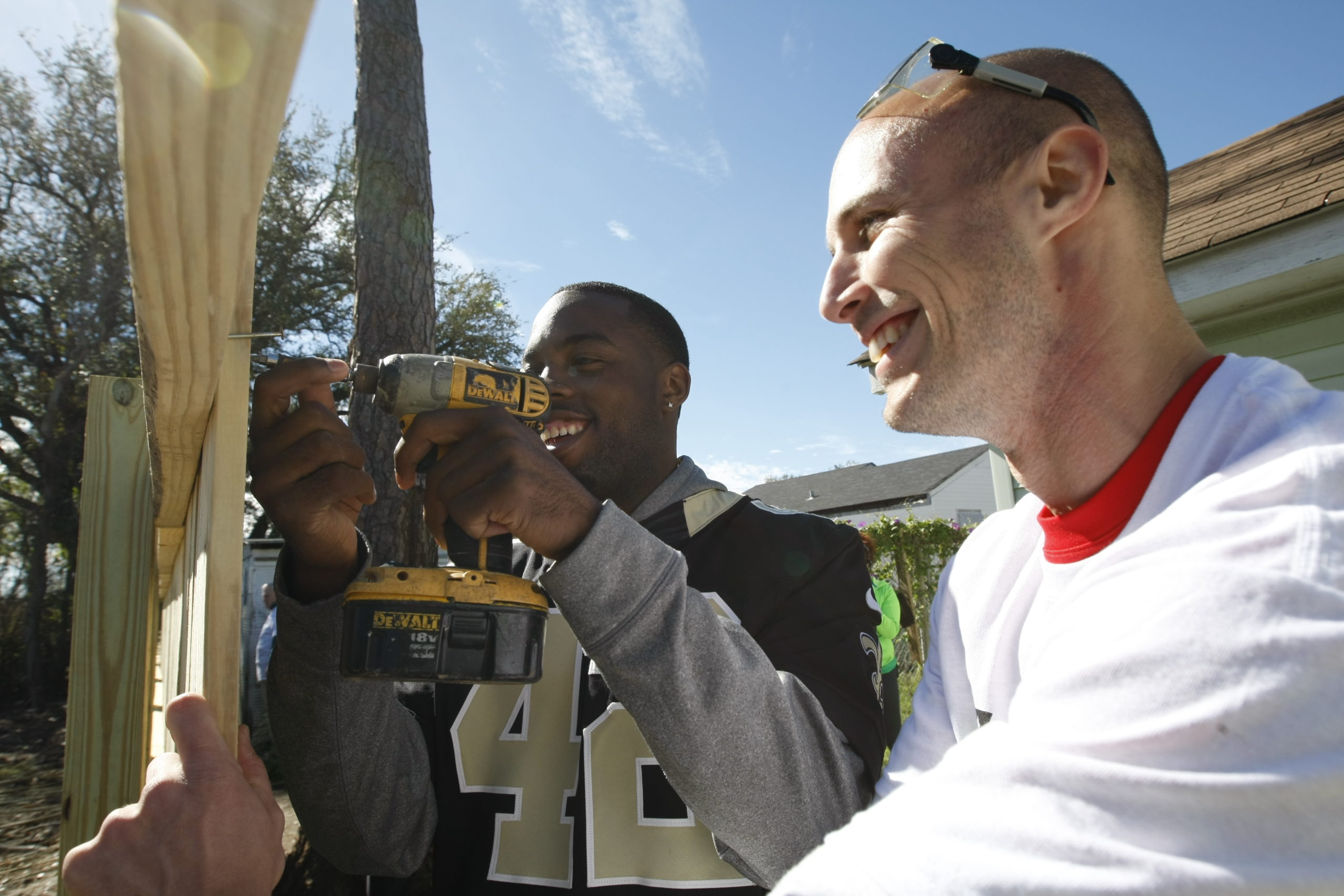 Rebuilding Together, a national housing nonprofit, made a long-term commitment to collect key outcomes about the impact of their services on the lives and communities they serve. Through their network of affiliates, they wished to strengthen their measurement and evaluation practices through long-term investment in impact measurement. Rebuilding Together chose a small subset of affiliates with which to pilot an impact measurement project, and wanted an external partner with evaluation expertise to conduct the project.

Actionable Insights helped Rebuilding Together leadership and affiliates to align what they do and their desired outcomes for low-income homeowners. We developed an evaluation plan, revised a survey to measure impact, and trained affiliates to collect survey data from homeowners. Ultimately, our report showed the measurable impact affiliates are having in their communities. We are continuing to work with Rebuilding Together on a second year of impact measurement with 12 additional affiliates from across the country.

This work built consensus around the purpose and intended impact of Rebuilding Together’s core business and demonstrated credibility and value to existing and potential donors. The ongoing efforts promote an organizational culture of learning and continuous improvement. Rebuilding Together and its affiliates also improved their story-telling through data and evidence, enhancing their ability to compete for funding and the national organization’s reputation as a leader in the field.

“Actionable Insights has brought a collaborative, professional, and customized approach to the table, which has given our leadership great comfort throughout a new and complex process. I highly recommend this team!”

A biomedical college internship program,“PUMAS,” received a five-year NIH grant that required annual program evaluation. Program staff did not have the capacity or expertise to evaluate the program themselves.

Actionable Insights developed a logic model and a streamlined evaluation plan for this new program in collaboration with the PUMAS team. We adopted instruments to measure many of the elements of the logic model, and developed tools to assess success of participants at various time points after they left the program. 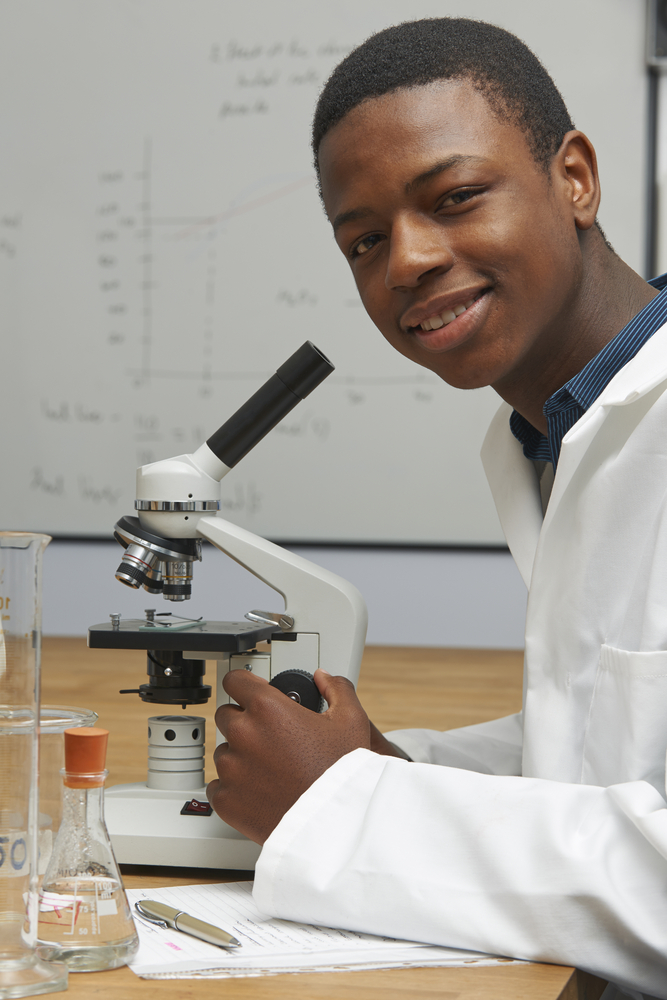 There is a robust logic model and evaluation plan that the PUMAS team can share with internal and external stakeholders and funders. Our annual evaluation reports helped the team think about the program differently, and identified actionable ways to make the program even better.

“Your evaluations really made me think about the PUMAS program through a different lens, and now I have a bunch of ideas on ways we can make it even better. So happy we are getting your evaluation services… very helpful!”

UCSF’s annual Plan on College event attendance dropped over time from nearly 1,000 eighth-graders and their families to barely 100. UCSF’s EAOP unit did not have continued capacity to evaluate the event, including marketing/recruitment efforts and information delivery. Program organizers were reduced to briefly reviewing participant surveys and then boxing them up, hoping there would be time for later study.

UCSF hired Dr. van Stelle as full-time program evaluator. Data-entry of registration forms and participant surveys coupled with analysis showed that the average event attendee was not from the target populations, and that few students brought a parent or guardian, even though specific event information was aimed at parents. The evaluation also showed that the program did a good job of delivering certain content, while other information delivery could be improved. 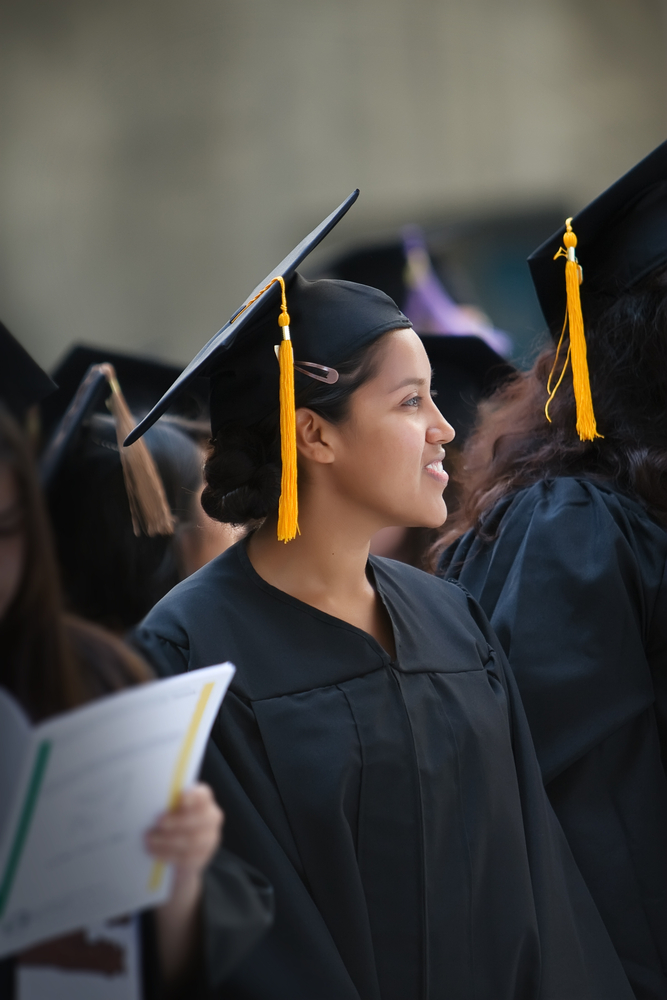 Clear reporting of the findings with suggestions for improvement based both on data and on discussions with the program staff galvanized the organizers to quadruple event attendance the following year, with greater representation from the target populations. Program organizers also improved information delivery overall, and adjusted delivery of certain content to specific sub-populations.

“Jen immediately impressed me […] with her ability to multi-task and yet still have a keen eye for detail. She is adaptable, proficient in methodology and stats, and able describe complex issues with clear and concise report writing”

A student-run summer science camp needed external support in order to be sustainable.  The students understood that funders would want to see clear evidence that the children served by the camp were benefiting as intended.  The students had good data but did not have the time or expertise to fully evaluate the camp.  In addition, since the organizers were students, the camp was faced with the need to maintain continuity from year to year as students graduated and left the institution.

Dr. van Stelle evaluated the camp annually for four years, collaborating on data collection with each year’s new graduate student camp director.  All aspects of the program were evaluated annually for continuous program improvement. Changes to camper recruitment, counselor training, camp procedures/activities, and new elements such as orientation night and alumni day were made based on Dr. van Stelle’s evaluations and subsequent recommendations.

“Jen and her team frequently met tight deadlines, which was crucial to [us] receiving grant funding. Jennifer always maintained open communication and provided valuable input in helping … evaluate [our] programs.” 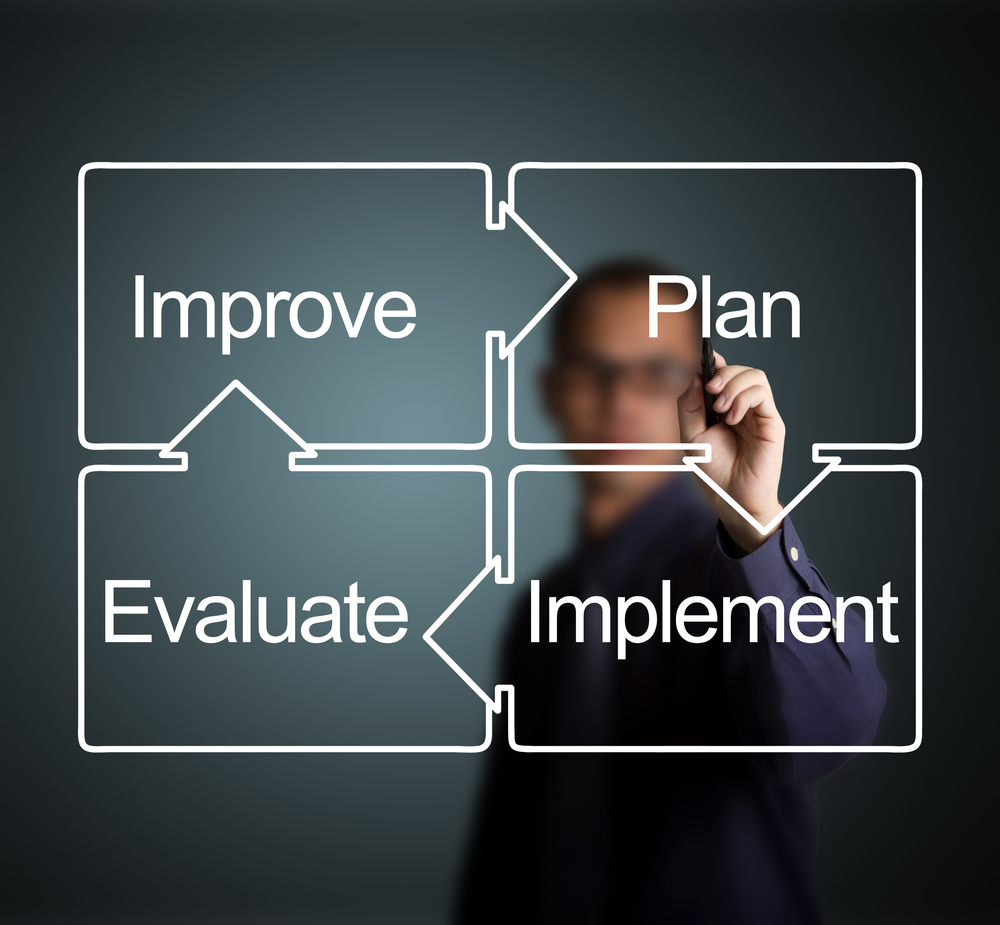 The Mix of Challenges:

(1) The federal government requires nonprofit hospitals to adopt and report on implementation strategies (IS) to meet the health needs identified through their IRS-mandated community health needs assessments (CHNAs).

(2) Funders did not have enough bandwidth to go back and forth with potential grantees to improve their applications, and wanted to build grantee/applicant capacity.

(3) Funders needed to monitor grantee processes and performance to understand how resources were being allocated, how programs were being managed, and to support their boards’ confidence in the funded work.

(2) We reviewed preliminary grant applications of community-based organizations and held one-on-one coaching calls with them to offer recommendations for improving the materials.

(3) We created a monitoring visit protocol, conducted site visits with grantees, wrote summaries and a high-level report of all findings and recommendations for grantee and hospital process improvements, and presented key insights to the funder’s board.

“Jen and Melanie did a fantastic job helping our hospital. We appreciate their expert help in engaging the community including planning and facilitating our community forum. They were responsive, collaborative, and committed to getting our work done on time and exactly to our specifications.”

It is a federal requirement that tax-exempt hospitals conduct a community health needs assessment (CHNA) every three years to identify and report on the greatest health needs affecting the communities they serve.  There are specific IRS requirements related to conducting a proper CHNA, including consultation with public health and community representatives.

In compliance with IRS requirements, Actionable Insights collected statistical data from a variety of sources, conducted key informant interviews, and synthesized the qualitative and quantitative data to identify priority community health needs. We presented the findings to the hospital’s internal stakeholders, then wrote the CHNA report for the hospital to post publicly.

“Actionable Insights has been exceptional. We appreciated your responsiveness, professionalism, and willingness to do whatever it took to deliver exactly what we needed, while keeping to our very tight deadlines.”

7. Schools Use Health and Wellness Assessment to Drive Action on Improving Student Health 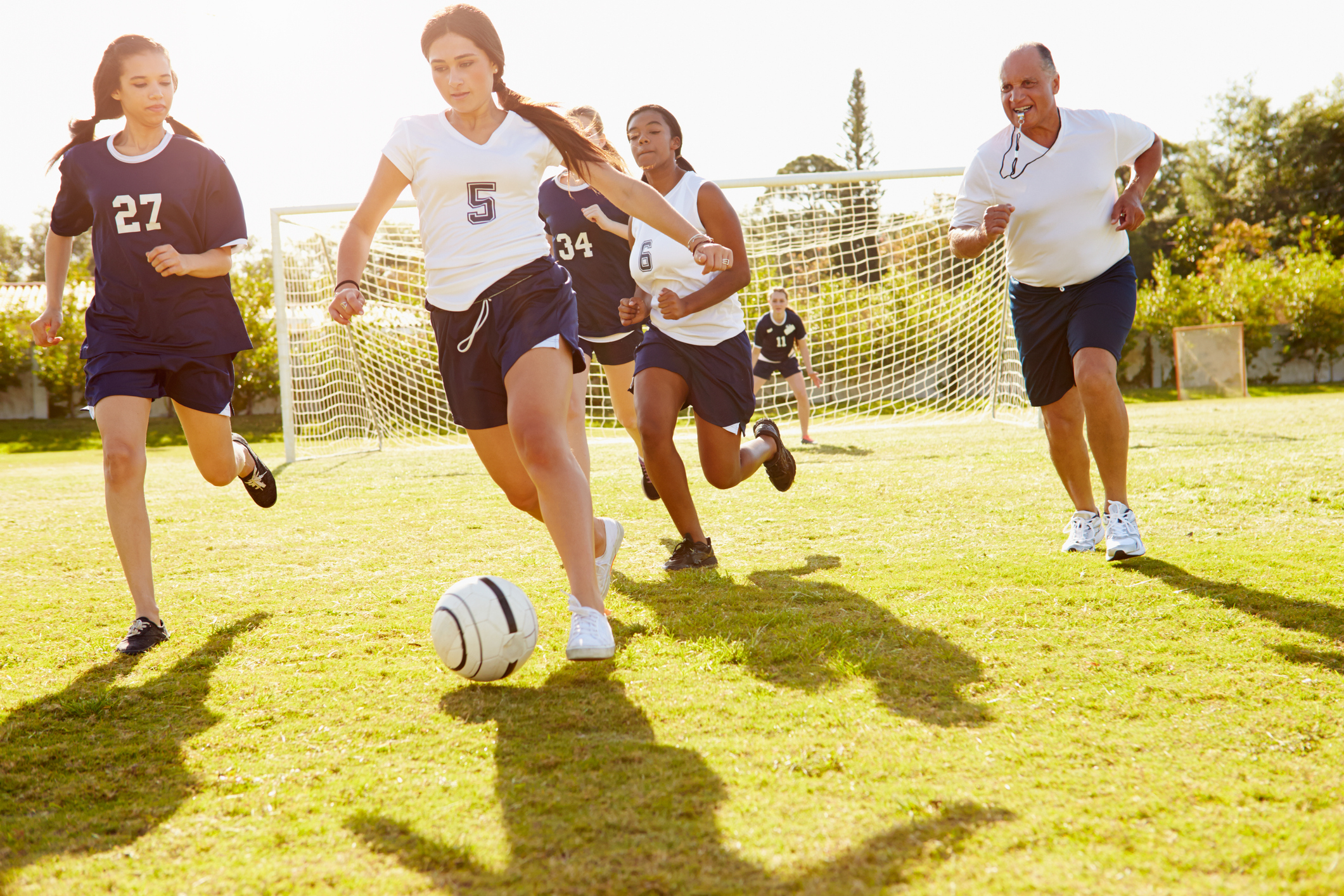 The Young Women’s Leadership Network (YWLN), the operator of a network of public schools that serve girls in New York City, had a strong interest in improving students’ health and wellness outcomes, but students’ needs were not fully understood by YWLN. In order to provide appropriate health and wellness supports to students, YWLN needed a window into their needs.

Actionable Insights teamed up with Stanford University to build a set of appropriately sensitive, validated survey questions for staff and students. IRB approval for the study was obtained from both Stanford and the New York City Department of Education. The surveys were administered online to consented students and staff. Actionable Insights analyzed the survey data and provided a timely report to YWLN, including findings about students’ fitness and nutrition, mental health, bullying, and trauma.

Based on recommendations from Actionable Insights and Stanford University, YWLN has used data from the report to secure on-going funding for social work interns, obtained funding to bring training in trauma-informed instruction to school staff, and convened TYWLS leadership to identify next steps in the areas of youth mental health, bullying and relationship aggression, nutrition and physical health, and teacher training/professional development.

“Jen and Melanie supported us through our first-ever health and wellness assessment at our organization. We could not have done it without their hard work and expertise. The results have enabled us to continue our social work program in our five schools and we are in the process of developing curriculum to address the findings.” 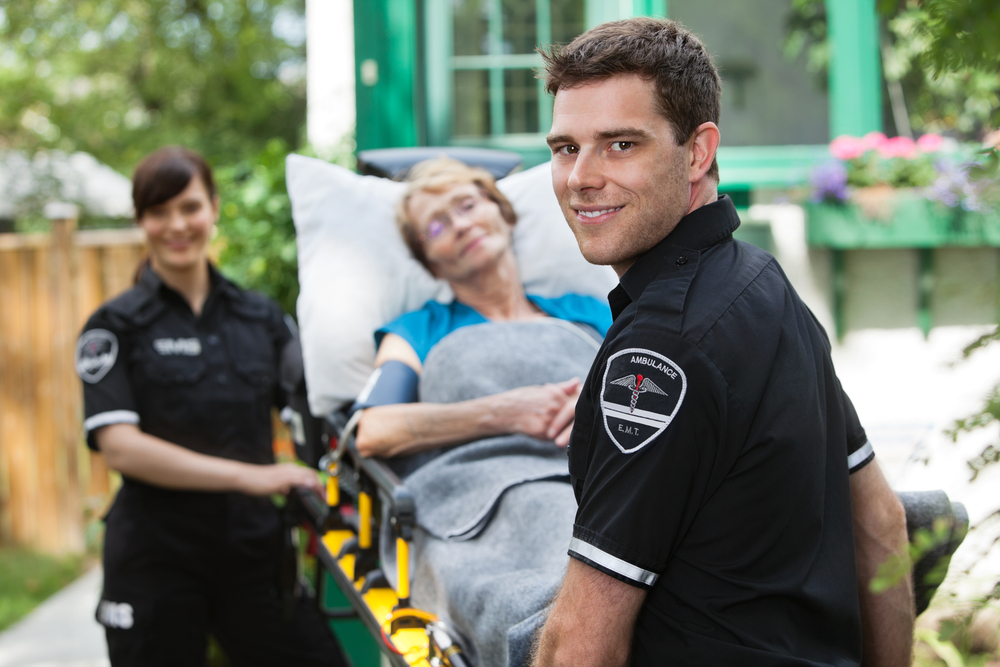 An aging population, combined with frequent calls from a small number of individuals, place serious strain on the medical system nationwide, from front-line ambulance and fire department personnel to emergency department and hospital staff. The Palo Alto Fire Department (PAFD) wanted to understand how its 911 call volume, particularly for emergency medical services (EMS), would change over time. PAFD also wanted to know more about alternative models for prevention and intervention, such as mobile integrated health care practices.

PAFD learned that between 2015 and 2030, the volume of 911 calls from the city was predicted to increase by 10-15% overall, with EMS calls increasing by 27-31%. It also learned that the total number of EMS patients from Palo Alto was predicted to rise from about 4,300 to between 5,300 and 5,600, with 66% of patients age 55 or older (who represented only 29% of the population in 2015). As a result of presenting the study to the City Council, PAFD was directed to explore partnerships with local healthcare systems and other community organizations to provide non-emergency treatment, proactive health services, community health education, and non-medical referrals.

“The Palo Alto Fire Department had a vision to identify long-range service impacts to the emergency medical system…Actionable Insights helped make our vision a reality.” 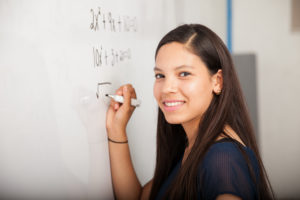 Inequitable social context and institutional barriers lead to disparities in STEM achievement among Latinx and low-income students. One of HSI’s programs, the Pre-Calculus College Program (PCCP), is aimed at addressing university STEM attrition that occurs as a result of these disparities among high-potential Latinx students pursuing STEM degrees. PCCP provides small-class instruction, tutoring, and academic advising to support pre-calculus students. The HSI team requested an external evaluation of PCCP.

Actionable Insights facilitated the development of a logic model with RTP leadership which identified the short-term and long-term outcomes of the program. We also solicited community feedback on the logic model, which strengthened it. Based on these goals, Actionable Insights developed an evaluation plan and is now working with RTP to collect follow-up data from homeowners this fiscal year.

AI created an evaluation plan with the team to identify and answer certain research questions about the contributions of PCCP to students’ STEM outcomes. AI then assessed the secondary data available on PCCP students and non-PCCP students during the same time period to create a matched comparison group. AI conducted statistical analyses to compare the differences and understand the roles of various factors on the outcomes of PCCP and non-PCCP students. AI also analyzed pre-/post- program surveys and program data on participation in advising and tutoring to better understand PCCP students’ self-efficacy in math and sense of belonging to the university community.

We Can Help You